The trade paperback edition is in stock and shipping!

H. P. Lovecraft’s fabled character, Alhazred, the mad Arab who wrote the infamous Necronomicon is back in a new and startling tale of sword and sorcery, horror, and adventure.

The infamous author of the Necronomicon, Abdul Alhazred, is sent by the Caliph, Muawiya II, from Damascus to the distant Oasis of Jubbah, which lies in the midst of the  Nefud Desert, to search of a fabled red stone that fell from the heavens many ages ago. The stone is mystically linked to the black stone in the Ka’bah at Mecca, and has the power to transform the man who holds it into a conqueror of nations, making him invulnerable in battle. It was once possessed by Alexander the Great, but was lost in Persia after Alexander’s death.

Rumor has it that the stone was carried westward into Arabia by the mysterious cliff-dwelling clan of wanderers known as the Thamud. The last mention of the stone in ancient written records intimates that it was hidden by the Thamud at Jubbah.

Alhazred must locate the stone before it can be found by the agents of the Caliph’s arch rival, Marwan ibn al-Hakam, who seeks to overthrow Muawiya and create a new ruling dynasty. Marwan’s agents in Jubbah are deceitful and dangerous, leaving Alhazred to wonder who he can trust. Does the stone lie forgotten in a cave on the mountain Jebel Umm Sanman, which looms over the oasis like a thundercloud, or is this only a rumor to mislead fools?

The witch of the mountain, Salamagoogah, is ancient beyond the memory of men. She knows the secrets of the red stone, but will she share them with Alhazred or lead him to his death?

Who will find the red stone of Jubbah first? The Caliph, Muawiya, in Damascus? His rival Marwan? The witch Salamagoogah? Or will it be another? The fate of the entire Caliphate hangs in the balance, for the man who holds the red stone holds the world on the palm of his hand.

“Donald Tyson is one of the most scintillating writers in the Lovecraftian tradition. The stories in this book, with their richly textured style, vivid characterization, and compelling scenarios, are among the best examples of contemporary Cthulhu Mythos fiction.”

“… Tyson takes Lovecraft’s Cthulian mythos and weaves it into the real world almost seamlessly. Tyson’s understanding of Lovecraft’s world and gods is phenomenal, and he shows a great ability to make that mythos his own.”

“… Tyson wove Lovecraft’s Mythos with genuine bits of history, myth, and magick to create an eerie sense of believability.”

“A fascinating glimpse in the mechanizations of Lovecraft’s world as the journey one would need to take in order to be crazy enough to create the Necronomicon.” 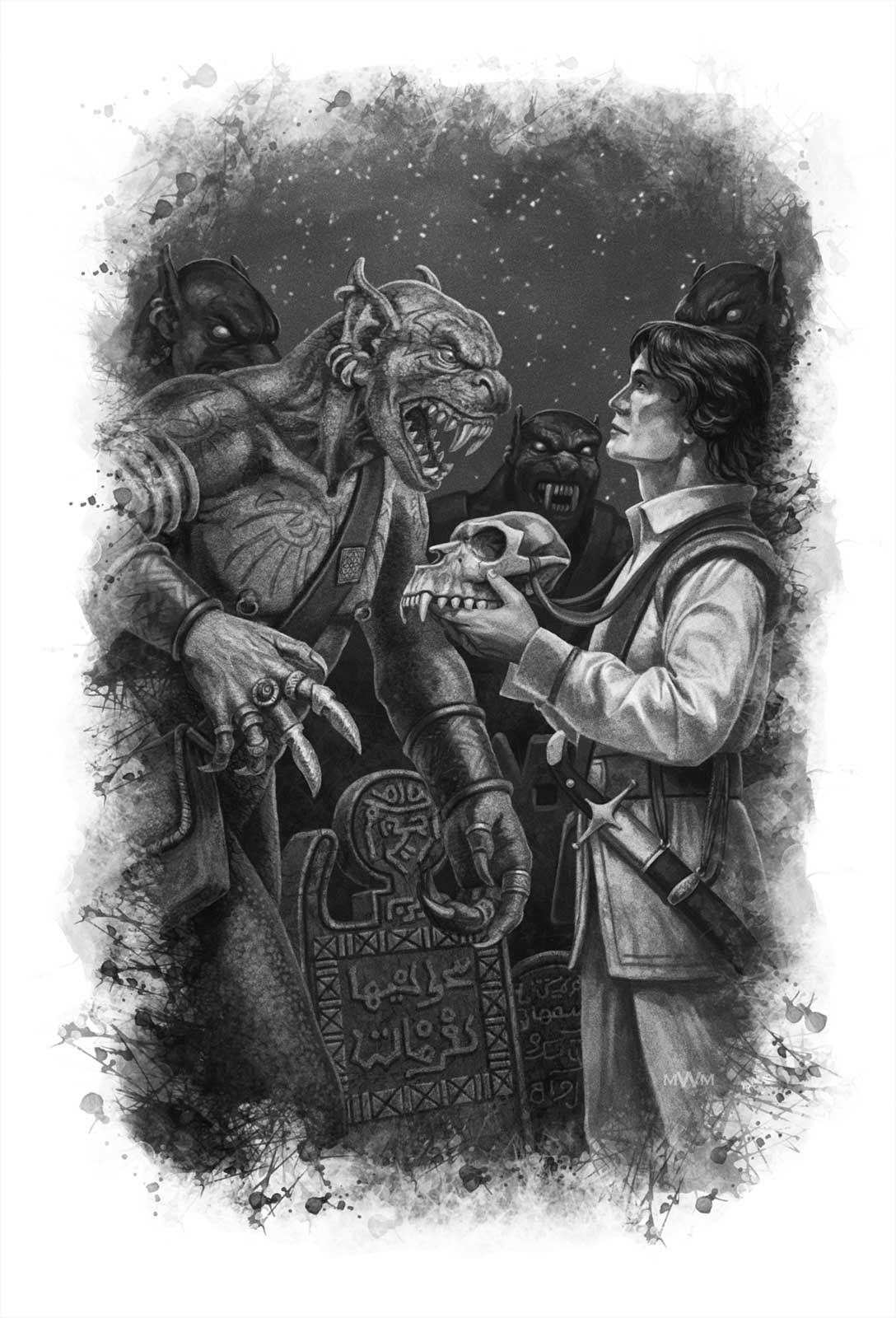 Check out the Weird House Librarian!